In January 2007 the Washington State Department of Health (DOH) downgraded the classification of a portion of the commercial shellfish growing area in Discovery Bay due to impacts of non-point source pollution. DOH also listed Hood Canal and Mats Mats Bay as areas of concern. Contamination of marine water was found through monitoring of fecal coliform bacteria conducted by DOH Office of Environmental Health and Safety. Other studies found that streams such as Chimacum Creek failed state fecal coliform standards for water quality. Jefferson County responded in several ways; by initiating Clean Water Projects in Discovery Bay, Chimacum Creek, Hood Canal and Mats Mats Bay, and by establishing a Clean Water District to help fund these and other projects.

The Clean Water District encompasses all of eastern Jefferson County. A per-parcel fee is assessed on land not served by the Port Townsend or Port Ludlow sewer systems. Washington State law guides the creation of Shellfish Protection Districts in Revised Code of Washington (RCW) Chapter 90.72.

In 1992, the state legislature found that "...shellfish harvesting is important to our economy and way of life" and concluded that "...existing entities, including conservation districts and local health departments, should be used by counties to address the water quality problems affecting the recreational and commercial shellfish harvest." The goal is to create "...programs designed to prevent further degradation and contamination and to allow for restoration and reopening of closed shellfish growing areas." 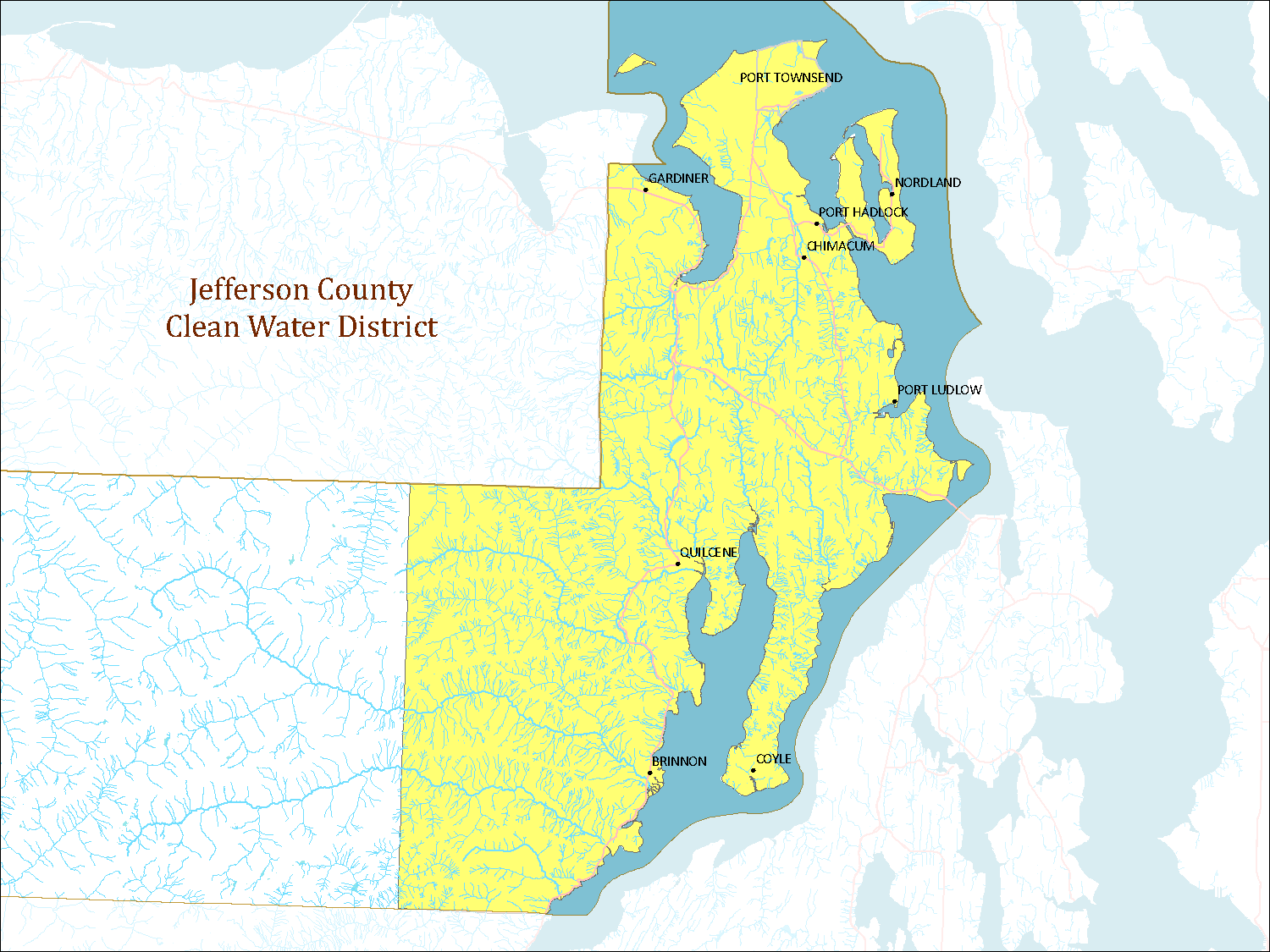